Hair by Bianca 🤍 Looking for a new stylist to

Holiday Gifts! The Boutique at AVANTI has a gift f

💥CYBER MONDAY DEAL💥 Save 15% when you purcha

Need a little extra me time after the Thanksgiving

Our Team Of Experts

Are ready to deliver a complete luxury experience! 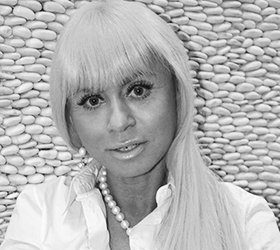 Luda Conti is president and owner of Avanti Day Resort in Manalapan. She came to the United States from Russia when she was 18 years old. As a child, Conti knew she wanted to work in the beauty industry. In Russia, her grandmother often made her own beauty products and taught Conti the importance of beauty and skin care. Following the wishes of her parents, she went to school for computer programming and worked with IBM for a short time. However, she couldn’t deny her strong feelings for the beauty industry, and she followed her dream and opened her first salon in the United States when she was just 20 years old. Conti was ahead of her time, as American salons were not focusing on skin care and spas were not yet very popular. She became the co-owner of a salon in East Brunswick and later founded Avanti. Since establishing Avanti in 1997, Conti has overseen the growth of the business. In March 2007, a fire destroyed the Avanti building. After months of redevelopment and construction, Avanti was reintroduced as an updated day resort in February 2008. Conti was graciously nominated for the Western Monmouth Chamber of Commerce Athena Award in 2008. Athena, according to Greek mythology, means Goddess of Achievement. Conti was also pinned as a member of Intercoiffure America in 2011. Intercoiffure is the most powerful and influential organization in the hair dressing industry. Only the highest prized leading hair salons hold membership into this organization. The Intercoiffure organization determines the standards that the rest of the industry follows. Avanti Day Resort was voted National Salon of the Year in 2009 by Salon Today magazine. This prestigious award is one of the highest and most sought after in the industry and it is an absolute honor to be nationally recognized. Avanti Day Resort has also been presented with many other prestigious awards over the years. Awards such as; Best Salon in Englishtown/Manalapan for 2008, Best of the Best Spa in NJ for 2010, Best Spa in Monmouth County for 2011, Listed in Best Beauty Guide for NJ for 2011, Best Massage by Manalapan Patch for 2012, Listed in the Ultimate Spa Guide for 2012, named 1 of the top Salons in America by ELLE Magazine for 2011 & 2013, voted Best in NJ by Monmouth Health & Life readers choice for 2013. Best Salon & Spa in Englishtown for 2013 & Best of Monmouth County for 2014. In the eyes of her staff, Conti provides the mentorship and confidence to be strong women and leaders within the community. She frequently sends them to educational leadership seminars to enhance their personal and professional development. Conti is always contributing to local and state community events and organizations. Recent activities include: participation in Zak’s pack fund-raiser; providing makeovers for the Prime Woman Day Off Expo; Operation Donation, a fashion show fundraiser to raise organ donation awareness; and A Girl’s Night Out, PINK Hair for a Cure, Kisses for a Cure and Salons for the Cure all to raise money & awareness for Breast Cancer, donor to 180 Turning Lives Around, Inc. which is a non-profit, charitable organization dedicated to ending domestic and sexual violence in our community. Key Sponsor & Supporter during Fashion & Beauty Week…a truly powerful and important event for the state of New Jersey, the mission was to raise money and awareness for the Diabetes Research Institute while showcasing New Jersey as it really is – a beautiful state with high-fashion people, places, and style. The Salon also works closely with the Monmouth County Child Advocacy Center, Ronald McDonald House, National Council of Jewish Women, The Zachary Foundation, The Kiwanis Club-Women’s Chapter of Manalapan, Hugs for Brady Foundation, Salons for the Jersey Shore, Pixie Dust for Princess Angelina, The Charitique Foundation and numerous local schools and charities. Luda Conti had a vision and her dream was Avanti. Avanti captivates guests with an enchanting salon, world-class spa, nail emporium, executive retreat for men, café, concierge services and boutique, all in an intoxicating ambiance. With her strong ambition and her dedicated staff, Conti has redefined luxury and pampering, reaching out with special touches that are the hallmark of refined hospitality. Conti also has a new found passion for Ballroom Dancing. Conti started simple dance lessons in 2012 that has now grown into professional competitions with Paragon Ballroom. So in the simplest terms, whatever Conti dreams…always becomes a passionate reality.